ALL YOU NEED TO KNOW ABOUT DSC RADIO

Not so long ago there was an incident where after problems with VHF radio communications and an enterprising English woman passenger on a boat in Indonesia text messaged her boyfriend in the UK using a GSM cell-phone and then raised an SOS for their rescue.

It was reassuring that the international rescue system functioned, with Thames Coastguard, then Falmouth Coastguard (in the UK), followed by AMSA in Canberra, Australia, and ultimately Indonesian maritime authorities organised intervention and rescue.

There are also several documented cases of people on sinking yachts and even in liferafts using the cell-phone to request help after VHF-radios communications efforts failed. This would seem the ideal opportunity to review and assess yacht communication options in general. This means coming to grips with DSC radio.

GMDSS has been the driving force in recent changes and made a significant impact on the average cruising yacht, while providing improvements in the safety area, also removing many other options that were relied on by yachts. It all comes down to what services you want, where you are sailing etc. For me DSC radio means safety, my main priority.

I am constantly asked what choices would I make, what type of VHF DSC radio I have on board, however choices are limited to budgets, and decisions as what information you want.

First is mainly weather data requirements. Secondary to that is voice communications, and now in the internet age it's the e-mail. 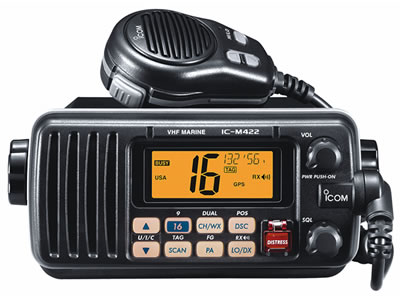 ALL ABOUT BOAT CELL PHONE USE

The rate of GSM cell-phone implementation around the world can be described as nothing short of spectacular and the impact, in particular on VHF-radios coastal services has lead to the demise and rationalisation of many VHF-radios coast stations and many are now DSC radio only.

With that reduction has also has been the reduction or cessation of voice VHF-radios weather broadcasts. However the cell-phone does provide some options. (You can dial in for weather forecasts in some countries such as the UK, and this is Marinecall and MetDirect, and this can be easier although not as cheap as waiting for the BBC Radio 4 shipping forecasts or the VHF-radios or MF-radio broadcasts). The text messaging function also provides weather forecast capability.

Of course the simple phone call home is far better than the previous link call on VHF-radios, particularly in terms of accessibility, although many lament the passing of analog to digital systems with resultant range reduction, despite many claims that it isn't so, I certainly had better contact offshore with my previous analog phone. On a recent crossing from Belgium to England I was telephoning in to friends with passage updates, but although the range exceeded expectations, I soon went out of range.

It is worth investing in a high gain cellular aerial on the masthead if you rely a lot on the phone, it does make a difference in the range, even some of the pushpit mounted whips make a difference. In addition plugging into DC power on board also helps a lot with maintaining power levels. In fact I boost charge my phone on board using the car kit with cigarette plug adapter, somehow it’s always better afterwards. Perhaps with the rise of text and WAP, a test reporting system may be viable for CG as an adjunct to voice.

In the US some VHF DSC radio units have a CG direct call function which is good. Certainly the system has much room to grow and develop. Certainly dialing into service providers from the phone is possible, and I am still trying to interconnect my Palm PDA to utilise the capabilities. However whilst GSM is great around the world in many countries, it’s not available in USA and some other areas such as the Caribbean and Brasil who use different systems and therefore suffer the vagaries of incompatibility that this brings.

VHF RADIO are still useful, and voice weather broadcasts are made in many places while the US use the WX weather channels. The DSC radio units under the GMDSS system are essential for offshore cruising. I went to West Marine and bought a Standard Horizon model DSC radio and did a course and got the license. DSC radio is the main game now.

NAVTEX is also an essential component of GMDSS, is now becoming a necessity and effectively replaces broadcasts. They are not overly expensive and for anyone going on extended offshore European and Med, they are a good investment. The original frequency of 518kHz is now supplemented with 490kHz on most new sets. I have a dual band ICS Electronics unit myself, with the display in the cockpit.

WHAT ABOUT HF/SSB and HAM RADIO

Given that most large radio stations have closed with voice calls now not possible, this has thrown the viability of HF into serious question. While commercial shipping have HF radios as part of GMDSS, they are not used for voice call. For yachts the major use of HF now appears to be ship to ship, weatherfax and e-mail services.

There are several good nets operating now and are very useful. Like many I have a good synthesized HF set, but if you care to listen in it's very quiet out there in comparison to pre-GMDSS days. The demise of Portishead and many other major shore stations ended an era and those who used it will lament those often entertaining periods waiting on turn and listening to all types of vessels calling in.

Of course one should state that weatherfax transmissions on HF are under serious threat both in the UK/Europe and in the USA. Of course cost cutting is the stated reason for shutting down, and also the transfer of services to satellite. I often use the services via my laptop, and closure will have devastating effects on the many yachts who use both discrete weatherfax units or software based systems. Email should continue and there are a variety of options, that require modems and subscription charges, and also it is worth consulting SailMail (www.sailmail.com). This service is targeted just at cruising folk and worth supporting. Ham radio is still very much the province of American cruisers, and whereas before it was very much a secondary system, it's now proving to be extremely beneficial given the loss of other systems. For UK yachts as an option it should be considered for those doing long distance cruising, and the study and license are not as onerous as it used to be. It does offer a good backup system and also a myriad of Nets, covering all cruising areas. Even installing a receiver is beneficial, and a good source of information, but the calling option is really worthwhile.

There are many instances where people have got distress messages through, or patched into medical advice. Of course once you have a system it's virtually free. Naturally the USA has fostered some interesting developments and there is a worldwide email service on ham called WinLink which also uses internet for message forwarding. (See details at www.winlink.org)

Inmarsat are they mainstay of commercial shipping communications and GMDSS, whereas these vessels have Inmarsat-C, other variants have been introduced. The principal system is Mini-M for yachts although larger yachts have gone for the C system. It is virtually global in coverage and offers voice, data, email and fax services. The sets aren't cheap but you get reliability and coverage, which is valuable. Inmarsat C offers full GMDSS access and these features plus daily free weather data make it a good option, as sets are cheaper than Mini-M and you use the laptop as the terminal.

Iridium.  The US Department of Defense has now purchased the system, with operating maintenance by Boeing.

Globalstar.  Unlike Iridium they do not give global cover, however they use spotbeam technology to cover high traffic areas. This is also linked into the cellular networks to utilise the coverage that it provides. Currently Globalstar cover the North Atlantic, Caribbean, but typically Globalstar is for around 200nm offshore, which suits most cruising people. In addition they offer data and internet access capabilities for USA and the Caribbean. 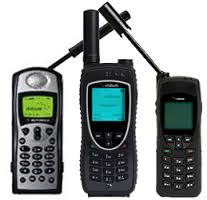 DSC RADIO - ANOTHER DAY IN PARADISE

Of course, if you are cruising away to escape all of this, then there is still something to be said for sitting in the shade, cold drink in hand, and encapsulating life in some short sentences on a postcard. The experience of buying the card, and then the cultural interactions at the post office trying to post it make snail mail a pleasant experience. Somehow the cell-phone in constant contact just doesn’t feel the same, however handy and convenient it is. Ring! Ring! "Hello, where am I? well sailing off St Lucia or some other exotic location actually etc, etc" doesn’t have the same gravity as the letter home capturing the voyage and all its tribulations, even one feels rather smug telling them. For most of us it will be a matter of striking the right balance between budget and the need and frequency of staying in touch with those at home. For safety though install a DSC radio.

Click on this link to go back and find out more and all you need to know about DSC radio and more about boat radios. 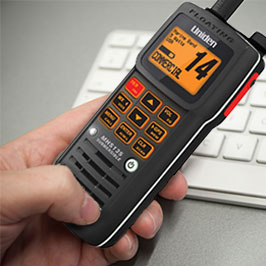