The boat regulator or voltage regulator is essential to the safe and efficient charging process of any battery and also to prevent the alternator voltage from going above a nominal set value that is typically 14 volts. Higher voltages could damage the battery, the alternator and other boat electrical and electronic equipment. The voltage regulator used to be a large and separate electromagnetic contact type device. Modern electronics design has seen the development of regulators that are solid state with no moving parts, very reliable and temperature tolerant with high control accuracy.

Earlier solid state regulators had discrete components and they are now what are called monolithic where everything is all one microchip or hybrid regulators that incorporate both integrated circuits and transistors. The regulators are usually integrated with the brush gear or mounted internally adjacent to it.  Voltage regulator sensing is normally connected to the main output circuit. The voltage regulator is a closed loop controller that varies the field voltage when the voltage drops below the set value or exceeds the upper set point value.

The majority of alternators are configured as machine sensed. This means that the regulator senses the output terminal voltage and then controls and maintains the alternator output voltage to the nominal set value. The machine sensed voltage regulator does not compensate for charging circuit voltage drops. Voltage drops include under-rated terminals, cables and the negative path back through the engine block. Many regulators now have battery sensing capability that will sense the voltage at the battery terminals and adjust the alternator output voltage to the nominal voltage.

When the voltage of the battery rises to this threshold, the regulator starts limiting the voltage level. The charge current levels off as the voltage level rises. The traditional automotive alternator is fitted with a regulator designed for automotive service. This requires the replacement of a relatively small amount of discharged power, which it does in a short time period.

The alternator then supplies the vehicle electrical loads during running periods. This is totally inadequate in vessel in yacht applications. To recharge a marine-battery properly the charging system must overcome battery counter voltage, which increases as charging levels increase.

The typical scenario as we all know is one of a high charge at initial start-up and then a rapidly decreasing current reading on the ammeter. As a result few boat batteries are ever charged much above 70% of capacity. One of the many undesirable effects of standard voltage-regulators is that when a load is operating on the electrical system, charging current also decreases. As an example, based on tests I have made with an alternator with a total output of 30 amps at 14 volts and a vessel electrical load of 24 amps, I found that only 6 amps was flowing into the battery with a terminal voltage of only 13.2 volts.

A smart fast-charge boat regulator is a fully automatic device which ensures a stable output from the alternator. The primary function of a regulator is to prevent overcharging of the marine-battery, either standard lead-acid-battery or an a deep-cycle-battery such as the Optima battery and damage to the alternator and this point should be considered when selecting a controller. Standard Regulators are factory fitted to alternators.

Cycle Regulators use a cyclic regulator control. Stepped Cycle Regulators use a timed cycle of voltage steps. Manual Controllers have no regulator function and control alternator output manually by operator control. Fast charge boat regulator units are designed to provide the correct charge voltage at the marine battery terminals, which means that which compensates for voltage drops within cables and connections. In addition the charge voltage also compensates for ambient temperature. 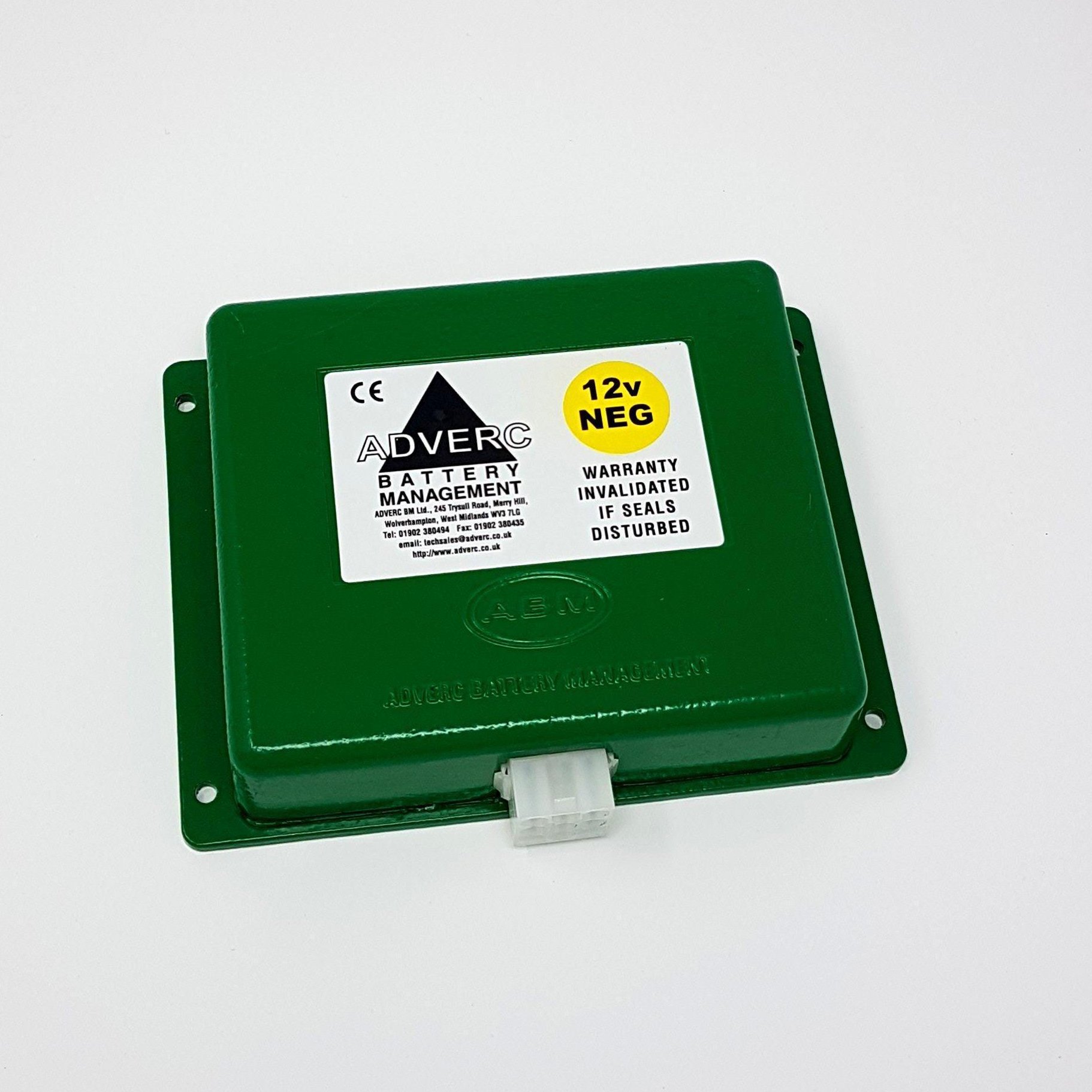 The Adverc regulator has always been one of my favorites

What Regulator Did I Choose?

A common question! Several years ago after much assessment I opted for the British made Adverc Regulator. Having installed several hundred of the now defunct TWC boat regulators and had one perform flawlessly for years the Adverc was a logical choice. The system uses a series of cycles that raise the charge voltage to a nominal 14.4 volts. The cycles are timed at 5 minutes at 14 volts and 14.4 volts for 15 minutes. I do not have a large bank, as physical space does not permit, so efficiency is everything.  Go to Adverc Battery Management and check them out, tried and proven over many years. I also know that Balmar in the USA make very efficient regulators as well, more about them later.

I did suffer from a smaller alternator which I ended up upgrading (but the diesel I inherited with the boat made this physical upgrade difficult). The Adverc in my case is indispensable, although the alternator tends to get hot. It gets the batteries fully charged in a relatively short time to near 100% so I get maximum capacity availability. I selected because it is sensibly over engineered, and it doesn't require adjustment. It is what we all want in boating gear, it is simple! In addition this unit is paralleled to the original regulator and therefore if the unit fails the standard is still working giving some redundancy. About the Boat Regulator and more about boat charging systems.